2013 is a coming-of-age year for AIP. We are compelled now to do full productions of a selection from the overflowing greenhouse of texts we have developed since 2006. We have chosen to produce showcases of two pieces, Exodus Code: Advice for Wanderers by Shane Baker, Rob Hartmann, Laura E. Henry, Andrea Lepcio, and Susan Tennierello, with music by Rob Hartmann, lyrics by Andrea Lepcio and Susan Tenneriello, conceived and commissioned by Lynn M. Thomson; and The Time Traveler’s Trip to Niagara Falls, by Deborah Brevoort, Darren Canady, Willy Holtzman, Georgia James, and Kalle Macrides, conceived by Lynn M. Thomson.

We will also seek more audience, build our next cohort of theatre artists for a three-year residence to start in September 2013 [our third such group,] and begin an ambitious initiative, The Recovery Project. The production of Exodus Code is then a culmination of AIP’s first phase of life, and will simultaneously launch our next. The play will be produced as an AEA showcase, sixteen performances, with rehearsals starting June 17 and performances between July 12 and July 28 at The Flea Theatre.

The three primary sources that inform Exodus Code are Yiddish vaudeville; “A Bintel Brief,” a column that appeared in the Yiddish language Forverts [now, Jewish Daily Forward ] for eighty years; and, lastly, immigration as a metaphor for American identity. Yiddish vaudeville typically involved four kinds of performers: a comic, a singer, and two actors [one male, one female]. A performance consisted of songs, monologues, and scenes, comic or serious. “A Bintel Brief,” considered an advice column, was really a site for immigrants to voice their stories, their queries and terrors, and the accumulated letters testify vividly to individual life on the Lower East Side.

The play is episodic, inspired not only by Yiddish vaudeville, but also by the variety structure that dominated American comedy until the 20th century. Exodus Code is made from individual scenes and songs, interspersed with comic monologues colored with anecdotes on Yiddish theatre. The play begins with archetypal immigrant experiences, from arrival and confusion as “greeners” to sudden, jarring joys and losses in daily life in the quest for full participation in “the golden land.” The story grows to characters absorbing loss and rediscovering community even within grieving, with the hopeful knowledge that American identity remains variable, elusive, and ever-changing. 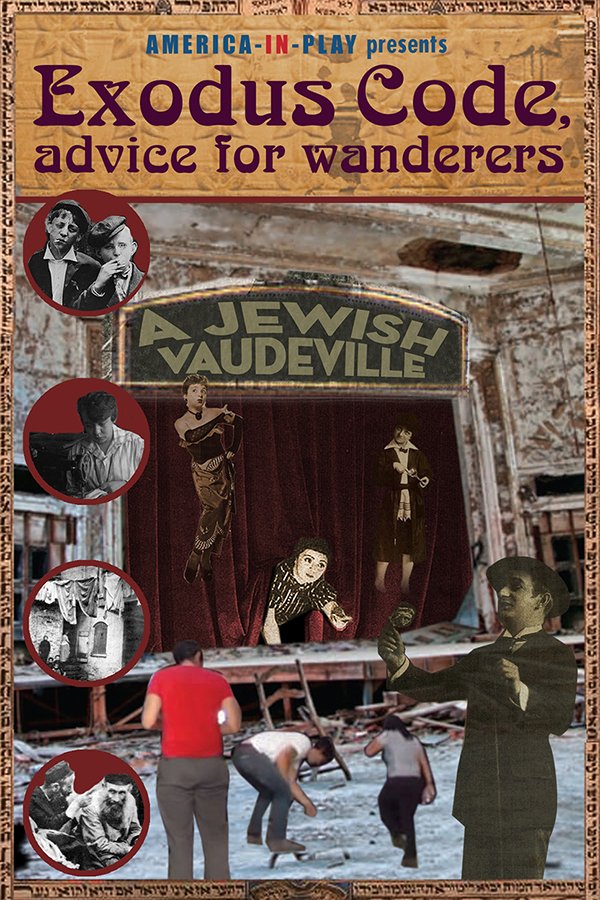 America-in-Play is a sponsored artist of The Field.
*These actors are appearing courtesy of Actor’s Equity Association